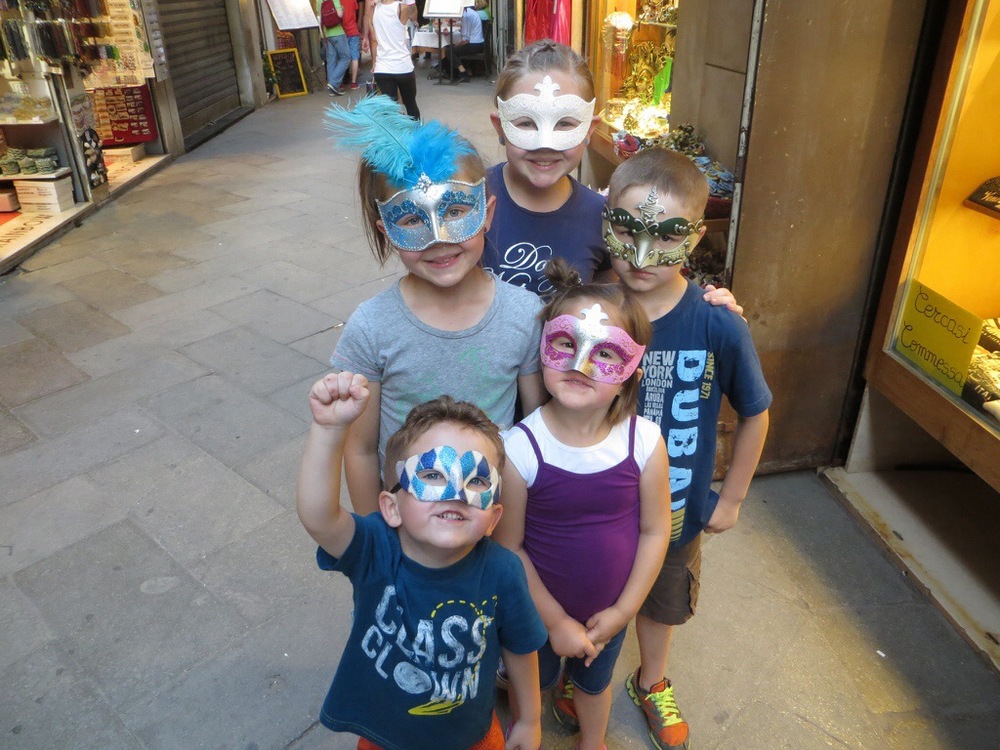 We started out the weekend in Venice. What a lovely city! Now having said that I think it would be much more charming and romantic without kids and NOT in the summertime during tourist season. I have seen The Bachelorette taking 7 kids to Venice is nothing like that at all, just saying.
The water was busy so some of my kids didn’t love the Gondola ride because they thought it might tip over. But the water taxi, that’s a whole other story. They could have just ridden in a water taxi the whole weekend and been completely happy.

Since it was Lainey’s birthday she got to pick dinner the first night in Venice. First one to guess where we ate gets a prize….let’s just say James was glad the TV screens didn’t have the usual videos on but instead they were playing the Italy World Cup match. Which was really fun to watch with locals even though they lost.

Pizza made on focaccia bread is my new favorite and I am pretty sure when we move back I will figure out a great recipe and only make it that way from now on at home. And I will cut it in bite sized squares and serve it with sticks.

We found a fantastic playground and played a rousing game of family
hide-n-seek Which entertained some grandparents out with their grandson.

Two nights in Venice then a train ride over to Pisa to see the Leaning Tower. We felt very Amazing Raceish hanging out on top of our backpacks at the train station before we left Venice. A quick afternoon in Pisa then we flew home which included most of the family climbing the tower while some of us stayed at the bottom–based on age–, a taxi driver nearly running over a Russian tour group and some very cold slushies on a hot afternoon. 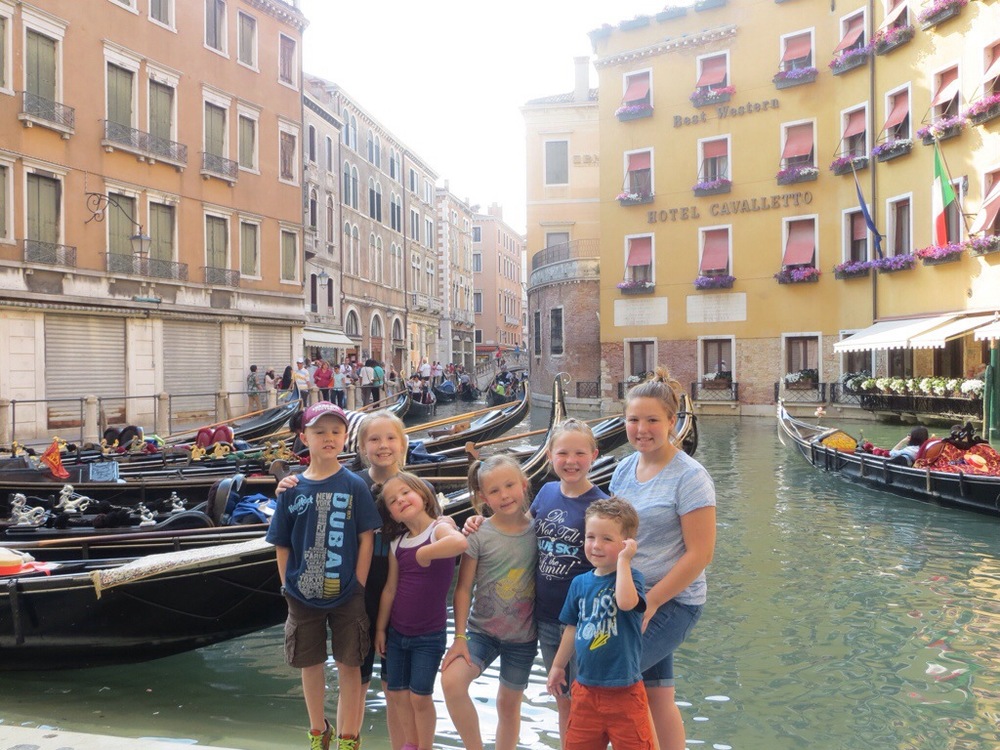 This is a text widget, which allows you to add text or HTML to your sidebar. You can use them to display text, links, images, HTML, or a combination of these. Edit them in the Widget section of the Customizer.
%d bloggers like this: